Skip to content
I remember very vividly the first time I saw him.
Mariclene had been our breakfast visitor for a while and on occassion she would show up with one of her biological siblings so they could also devour eggs and bread, often their only real meal for the day.
He was butt. naked.
Every time he showed up. Naked. 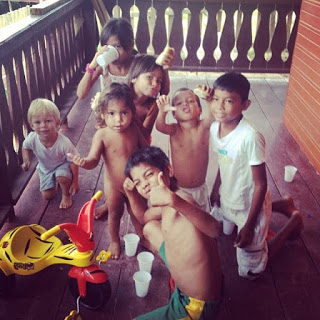